Having received his undergraduate degree from the University of Missouri-Columbia and his law degree from the University of Missouri-Kansas City, Chris Spangler established his home in Sedalia in 1989. Since then, he has become well-known throughout the West Central Missouri area as a trial and appellate attorney, having extensive jury trial experience and handling appeals in all of Missouri's appellate courts and the United States Court of Appeals-Eighth Circuit.

In addition to the representation of clients, Chris has given back to the legal profession as an author of educational and resource materials for attorneys, has been a presenter at Continuing Legal Education programs and served as a member of the Missouri Supreme Court Civil Rules Committee for 25 years.

Chris and wife Darla are the proud parents of three sons.

Chris has handled the defense of thousands of civil cases at the request of individuals, businesses and insurers.

Offering experience and expansive knowledge of the law, Chris is ready to help you achieve optimal results. 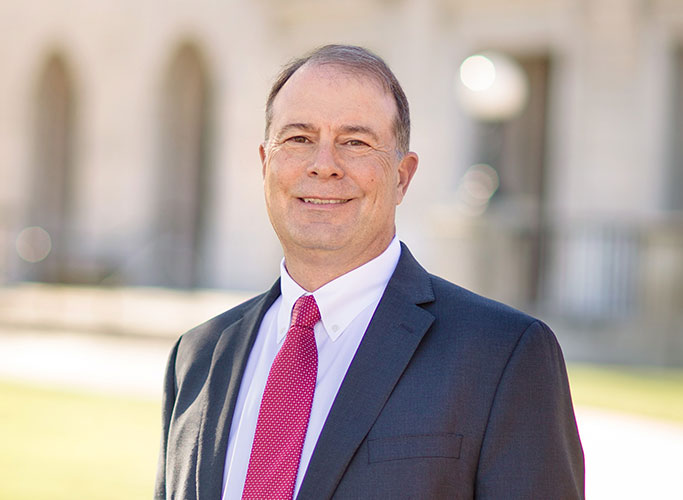 The material presented on this website is intended for informational purposes only and is not intended as professional advice.

The use of this website does not constitute legal advice or form an attorney/client relationship.

The choice of an attorney is an important decision that should not be based solely upon advertisement.